On 30 April, 400 pupils (and teachers!) From the College Sainte-Marie from Mouscron ran a sponsor run to benefit of Añañau. To prepare them, the pupils had already attended a presentation about Añañau in advance and that day they all participated in the cross with great enthusiasm and ambiance. Several pupils had even dressed up or called themselves ESF, ‘Elèves Sans Frontières’, (‘Students Without Borders’). Añañau is very happy with the proceeds of this wonderful campaign and therefore wants to thank all pupils and teachers for their dedication! 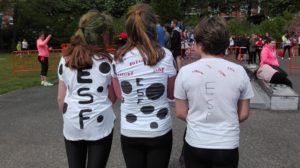 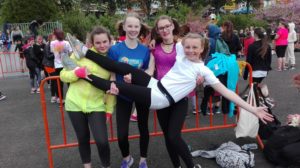 20th anniversary of Teachers without Borders 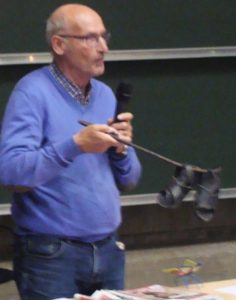 Teachers without Borders is one of the permanent partners with which Añañau has been working together for several years with a view to educational development work and education. Teachers without Borders has the mission to promote partnerships at all levels in schools and related sectors and to support education projects abroad. On Saturday 21 April they celebrated their 20th anniversary. There were several guest speakers, including children’s rights activist Frans Swartelé, also the ‘Train-the-trainer’ concept was explained. To round off the day festively, there was a musical parade of Fanfakids fanfare. 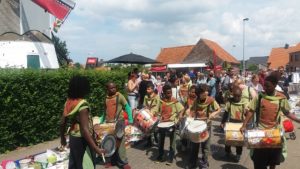