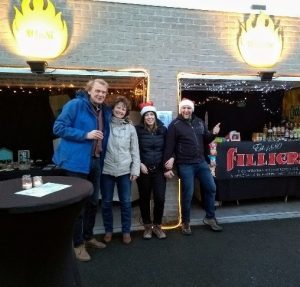 Music for Life was again a success in 2017! In addition to the various major actions of the ‘warmste week’, such as the ‘Warmatons’, two ex-volunteers Leen and Ruben from Bruges organized a giant cozy garage market on Saturday 16 December together with their neighbors in favor of the projects of the Tropentrip Fund. These are the projects where they volunteered during their world trip in 2014. This year the proceeds of their Music for Life action went full to Añañau. Thank you, Ruben and Leen and everyone who helped with this wonderful and heart-warming neighborhood party!

During the month of December, we received support from the company Vente-Exclusive from Belgium. As an action for the parties, all employees donated to the organization to support the project. This year Vente-Exclusive wants to continue supporting us and Añañau will appear in their monthly newspaper. To all employees of Vente-Exclusive thank you very much for all your support! 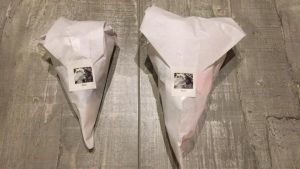 From the end of March, there are six students from the Occupational Therapy program at Thomas More College in Peru. Two of them help in the project work of Añañau, the other four students are doing an internship at the school for special education that Añañau cooperates with. That is why the students decided to contribute and to raise money for both projects before the start of their internship. They sold a whole bunch of candy bags and collected no less than 851 euros. The part that they donated to Añañau will be used to contribute to decorating the patio with all sorts of educational games and toys. A big thank you to all six students for this beautiful action!

Visit delegation of the province of Limburg

On Thursday, February 15, we received a visit from a delegation from the North-South department of the province of Limburg, led by deputy Frank Smeets. Añañau has received support from the province in recent years for two specific initiatives, including the development of a computer room in the project. This year the delegation traveled to Peru to visit, among other things, our education project Añañau in Cusco. They visited 2 other projects in Peru that are also supported by the province. It was a very interesting day with lots of dialogue, home visits to some families and in the afternoon taking part in the activities with the children. The delegation was very impressed by the achievements that we realized with the support of the province in our educational project. 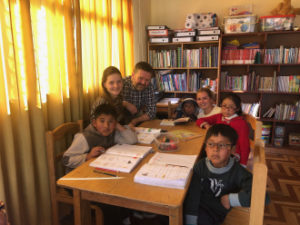