What does it go fast! The new year has already started. This year we will organize a lot of fun activities again. Here you can read more about all the activities that went on in January and February.

Both the oldest and youngest children baked vanilla cookies. They followed the recipe on the basis of a step-by-step plan and by working well together. Then they made nice figures out of the dough. The tías brought the cookies to a large brick oven in the neighborhood. When the cookies were baked, it was time to enjoy them. Cooking activities are always a big success! 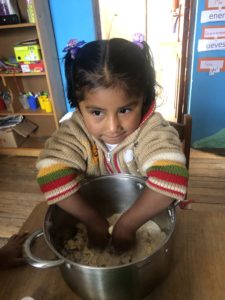 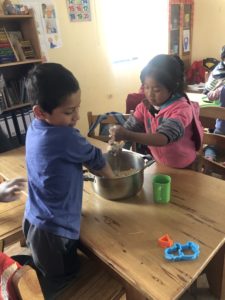 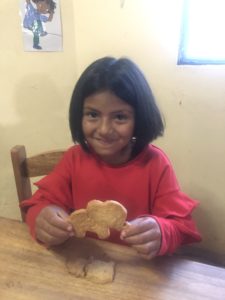 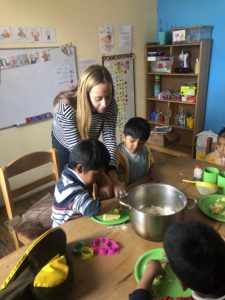 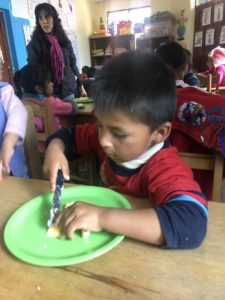 The rainy season has started in Peru. Unfortunately, the activities can not always continue outside. Luckely, it is very nice to watch a movie when it rains. The volunteers turned the classroom into a cozy cinema. Tía Sadith made sure that the popcorn was not missing! Both the oldest and youngest children watched the humorous family film “The secret life of PETS”. 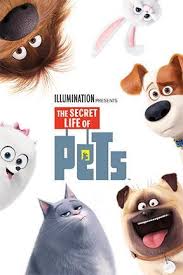 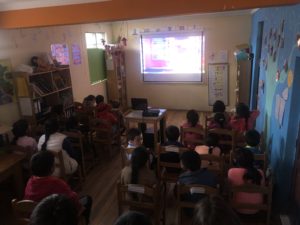 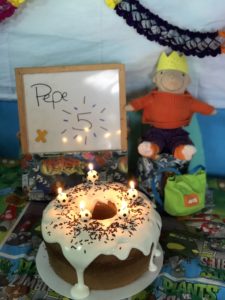 Pepe is the class doll of the youngest children. Pepe is very popular with the children and of course, we had to celebrate his birthday.

Last month was his birthday and that day was celebrated exuberantly. All the children danced, played and laughed a lot! 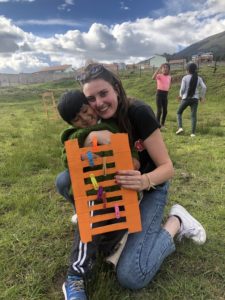 The volunteers Febe and Hanne worked out a game. Both are members of a youth movement and those skills were very useful to them. All children were divided into groups. Both the oldest and the youngest children mixed. With their group, they had to challenge other teams and play a game. Every time the winner ends up higher on the ladder. The team at the top of the ladder won the game. It was an afternoon filled with active play on a neighboring field and that is something that the children really like. 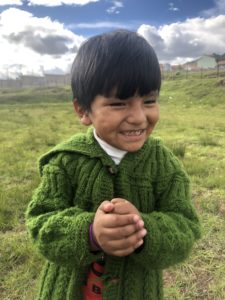 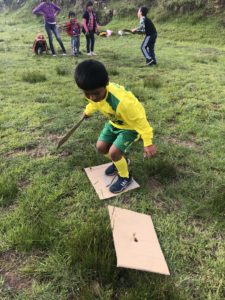 With the oldest children, we played the game werewolves. In this game, there is a tactical battle between the werewolves and the citizens. Each participant has a different role in the game, for example, citizen, werewolf, cupid, witch, girl, thief or hunter. After each round, the whole village consults and they eliminate a werewolf, but the werewolves consult too. The one who remains last wins the game. 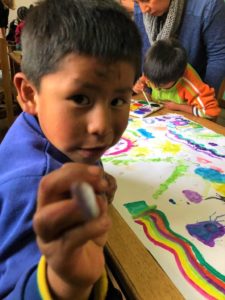 The oldest children thought it was a fun and challenging game. Certainly something we can play again in the future!

The youngest children did corner work. Motor activity was done with paint in every corner. The children liked it very much to express themselves, to paint with big gestures and enjoyed to dirty their hands once. In the project, we often try to work in a playful way and stimulate creativity. It was certainly a playful and expressive afternoon. 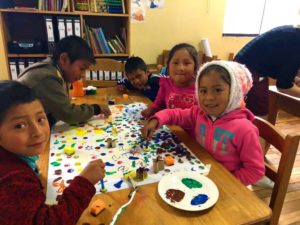 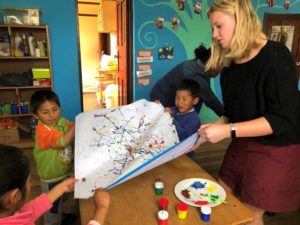 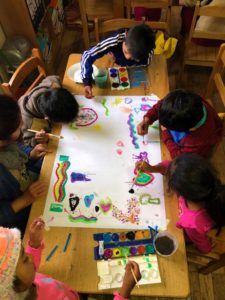 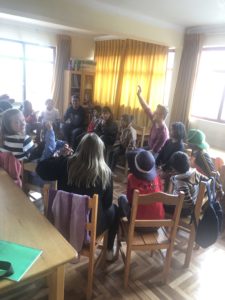